2 young street magicians ‘Raju’ and ‘Kaju’, stop a gang of terrorists. The film is set around the time of July 2006 bomb blasts in the local trains of Mumbai. 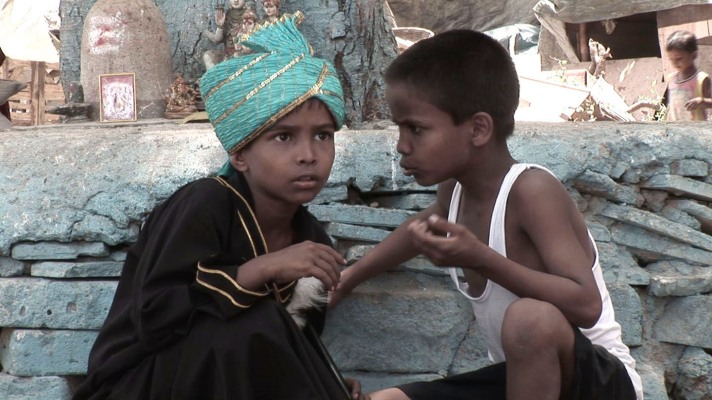 The making of ‘Bomb’ay:
Raju and Kaju are brothers. They stay in a shelter for boys who were rescued from child labor. The shelter is run by an NGO called Pratham.  Raju (Shahnawaz) is very studious while Kaju (Taufiq) is equally mischievous.

The film was shot over a period of 4 days across Mumbai. In the film, the house that the terrorists stay in, was actually one of the rooms from the Pratham shelter. That shelter has now been vacated as the owners wanted to convert it into something more lucrative. Raju and Kaju along with the other boys from the old shelter have been moved out to another facility in Panvel, which is on the outskirts of Mumbai.

Download ‘Bomb’ay and 6 other amazing films for just Rs.200 (4.00 US$). Click here>>>
Your support will help us raise funds for some non-profits doing wonderful work.